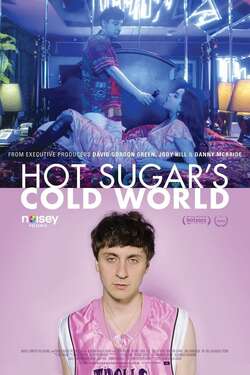 Nick Koenig, aka Hot Sugar, is in a hot mess. Considered a modern-day Mozart, the young electronic musician/producer records sounds from everyday life—from hanging up payphone receivers to Hurricane Sandy rain—and chops, loops and samples them into Grammy Award–nominated beats. He’s living the life every musician dreams of, complete with an internet-phenom girlfriend, rapper/singer “Kitty.” But when she dumps him, Hot Sugar is set adrift. Fleeing to Paris, he tries to regroup, searching for new sounds and a sense of self. Filmmaker Adam Lough mixes scenes of Hot Sugar at work on his vintage recording devices with surprising soul-searching reflections he offers to the camera. As tweets and posts about the broken couple blow up on the internet, Hot Sugar’s road trip presses onward, revealing even more exotic layers of the man and his music. Fun and flash, this lyrical journey offers audiences a fascinating peek into a modern artist’s creative process.