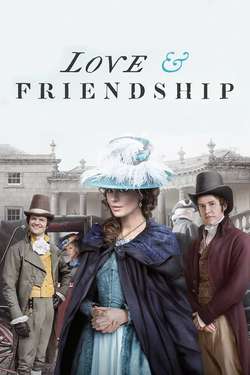 From Jane Austen’s novella, the beautiful and cunning Lady Susan Vernon visits the estate of her in-laws to wait out colorful rumors of her dalliances and to find husbands for herself and her daughter. Two young men, handsome Reginald DeCourcy and wealthy Sir James Martin, severely complicate her plans.