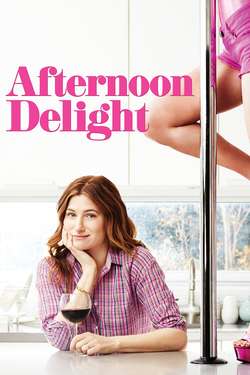 Rachel is a quick-witted and lovable stay-at-home mom. Frustrated with the realities of preschool auctions, a lackluster sex life and career that's gone kaput, Rachel visits a strip club to spice up her marriage and meets McKenna, a stripper she adopts as her live-in nanny.