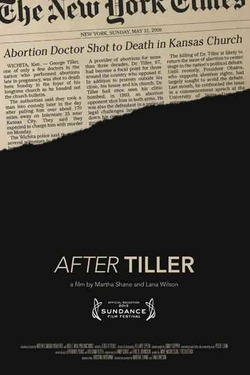 Since the assassination of Dr. George Tiller in Kansas in 2009, only four doctors in the United States continue to perform third-trimester abortions. These physicians, all colleagues of Dr. Tiller, sacrifice their safety and personal lives in the name of their fierce, unwavering conviction to help women.