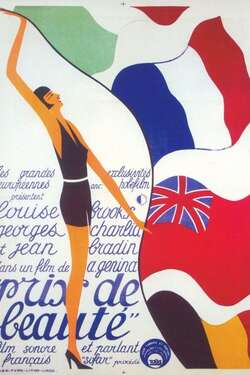 Lucienne, typist and gorgeous bathing beauty, decides to enter the 'Miss Europe' pageant sponsored by the French newspaper she works for. She finds her jealous lover Andre violently disapproves of such events and tries to withdraw, but it's too late; she's even then being named Miss France. The night Andre planned to propose to her, she's being whisked off to the Miss Europe finals in Spain, where admirers swarm around her. Win or lose, what will the harvest be?