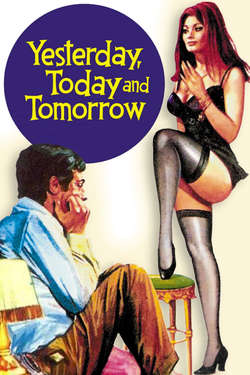 Stories about three very different women and the men they attract. Adelina sells black-market cigarettes in Naples, is married to the unemployed Carmine, and faces a jail sentence. She can avoid it as long as she's pregnant. Several years and seven children later, Carmine is exhausted, so jail looks inescapable as does her contempt for Carmine. In Milan, Anna drives a Rolls, is bored, and picks up a writer. She talks dreamily of running off with him until he dents her car; that gets her emotional attention. Mara, a Roman call girl, turns the head of a naive seminarian, prompting a run-in with his granny and a vow of abstinence. Mara's fizzy lover from Bologna grows impatient.