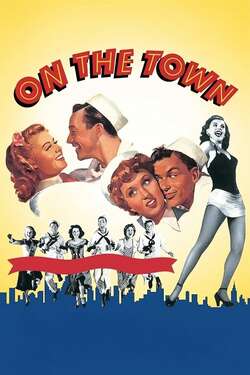 Three sailors - Gabey, Chip and Ozzie - let loose on a 24-hour pass in New York and the Big Apple will never be the same! Gabey falls head over heels for "Miss Turnstiles of the Month" (he thinks she's a high society deb when she's really a 'cooch dancer at Coney Island); innocent Chip gets highjacked (literally) by a lady cab driver; and Ozzie becomes the object of interest of a gorgeous anthropologist who thinks he's the perfect example of a "prehistoric man". Wonderful music and terrific shots of New York at its best.