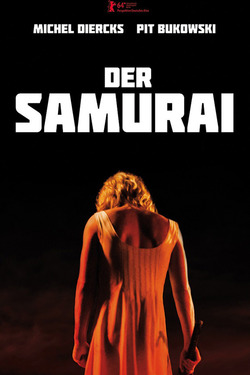 Directed by Till Kleinert

A wolf strives through the woods around an isolated German village. Jakob the young local police officer is onto him, but scents something more in the darkness. What he finds is a man, it seems, wild eyed, of wiry build, in a dress. He carries a katana, a Samurai sword. When the Samurai invites Jakob to follow him on his crusade towards the village, it becomes Jakob's mission to pursue the lunatic to end this wanton destruction. At the end of the night Jakob has experienced too much, is too far from whom he once was. Something hidden has been unleashed to meet the first rays of daylight.