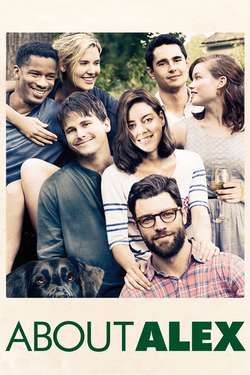 A circle of twenty-something friends reunite for a weekend away to console a suicidal member of their group. Yet, despite their best efforts to enjoy themselves, a tinderbox of old jealousies, unrequited love, and widening political differences leads to an explosion of drama that, coupled with the flammable combination of drugs, wine, and risotto, cannot be contained. A Big Chill for our current social media moment, About Alex is a lighthearted look at the struggles of a generation that has it all—and wants more.