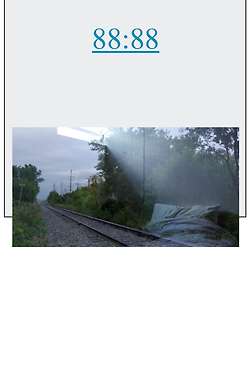 88:88 (or –:–) appears if you cannot afford to pay your bills, demonstrating that people who live in poverty live in suspended time.