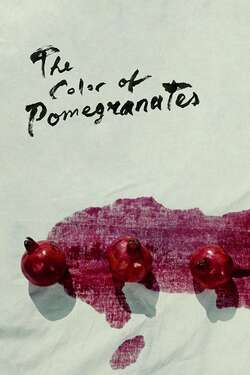 The Color of Pomegranates

The life of revered the 18th-century Armenian poet and musician Sayat-Nova. Portraying events in the life of the artist from childhood up to his death, the movie addresses in particular his relationships with women, including his muse. The production tells Sayat-Nova's dramatic story by using both his poems and largely still camerawork, creating an impressionistic work.