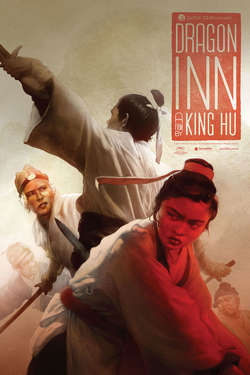 General Yu is executed after having been accused of treason by the powerful eunuchs, and his children will be deported. Eunuchs plotting to kill even the children, and prepare an ambush on Dragon's shelter in the middle of the desert. There are other guests, who are also interested in the deal.