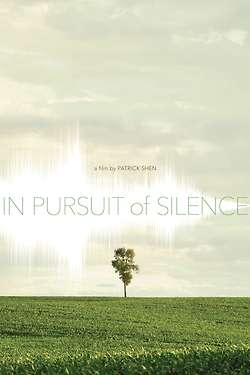 In Pursuit of Silence

IN PURSUIT OF SILENCE is a meditative exploration of silence and the impact of noise on our
lives. The film takes us on an immersive cinematic journey around the globe—from a traditional
tea ceremony in Kyoto, to the streets of Mumbai, the loudest city on the planet—and inspires us
to both experience silence and celebrate the wonders of our world.