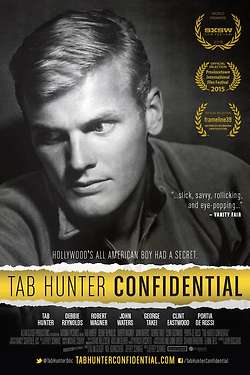 In the 1950s, Tab Hunter was number one at the box office and number one on the music charts and was Hollywood’s most sought-after young star. Natalie Wood, Debbie Reynolds and Sophia Loren were just a few of the actresses he was romantically linked to. He was America’s Boy Next Door and nothing, it seemed, could damage Tab Hunter’s career. Nothing, that is, except for the fact that Tab Hunter was secretly gay. Now, the secret is out.