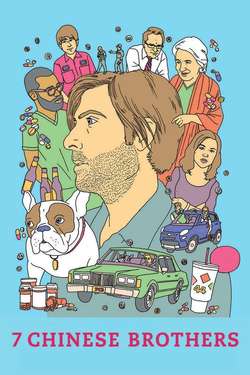 Larry is an unqualified, unemployable, inebriated prankster who rides a tide of booze onto the glorious shores of an undiscriminating Quick-Lube. Taking a part-time job vacuuming and washing windshields, Larry finds himself mixed up with hostile co-workers and unsatisfied customers, while also finding himself smitten with his lovely boss, Lupe Torrez. Will Larry keep it together long enough to win the girl, provide for man's best friend (his dog Arrow), and do his grandmother proud?