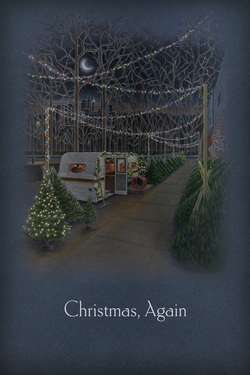 Christmas, Again tells the story of Noel, a young man who travels from upstate NY every year to sell Christmas trees in New York City. Returning without the help of his long-time girlfriend, this year Noel finds it impossible to do the one thing he knows so well---sell Christmas trees. As Noel begins to spiral downwards, alienating co-workers and customers in the process, it turns out this same community of people may be the only ones capable of saving Noel from self-destruction.