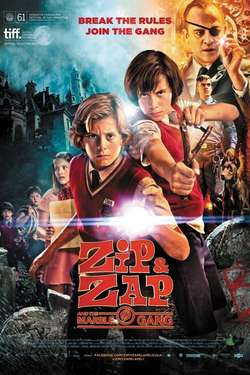 Zip & Zap and the Marble Gang

Zip and Zap, two mischievous twins, were placed in the Esperanza, a school where the games are prohibited. There will found the Club of Marble, child resistance to challenge the authority of adults. Thanks to her intelligence, her courage and her unwavering faith in friendship, Zip and Zap and the rest of the club will discover a mysterious secret that is hidden in the school and live the most exciting adventure of their lives.