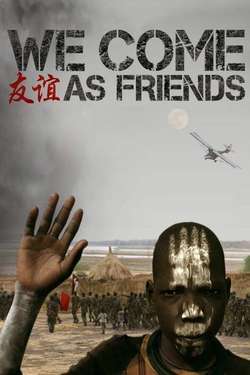 We Come as Friends

As war-ravaged South Sudan claims independence from North Sudan and its brutal President, Omar al-Bashir, a tiny, homemade prop plane wings in from France. It is piloted by eagle-eyed documentarian Hubert Sauper, who is mining for stories in a land trapped in the past but careening toward an apocalyptic future.