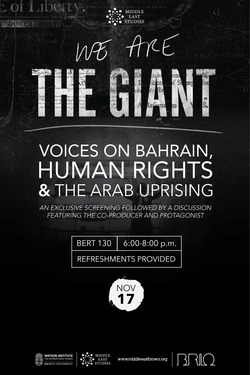 We Are the Giant

We Are the Giant tells the stories of ordinary individuals who are transformed by the moral and personal challenges they encounter when standing up for what they believe is right. Powerful and tragic, yet inspirational, their struggles for freedom echo across history and offer hope against seemingly impossible odds.