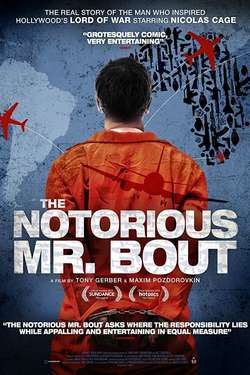 Viktor Bout was a war profiteer, an entrepreneur, an aviation tycoon, an arms dealer, and—strangest of all—a documentary filmmaker. The Notorious Mr. Bout is the ultimate rags-to-riches-to-prison memoir, documented by the last man you'd expect to be holding the camera.