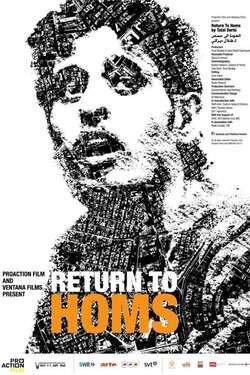 Filmed over 3 years in Homs, accompanying 2 outstanding young men from the time they were only dreaming of freedom to the time when they are forced to change course. Basset, the 19yo national football team goalkeeper, who became an outspoken demonstration leader in the city, then an icon revolution singer, till he becomes a fighter... a militia leader. Ossama, his 24yo friend, renowned citizen journalist, cynical pacifist... as his views are forced to change, until he is detained by army secret service. It is the story of a city, of which the world have heard a lot, but never really got closer than news, never really had the chance to experience how a war erupted. a modern times epic of youth in war time.