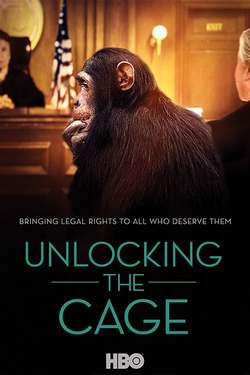 Renowned filmmakers D A Pennebaker and Chris Hegedus follow determined animal rights activist Steven Wise into the courtroom for an unprecedented battle that seeks to utilize the writ of habeas corpus to expand legal “personhood” to include certain animals. Wise’s unusual plaintiffs—chimpanzees Tommy and Kiko, once famed showbiz stars—are now living in filth, struggling to survive. Wise and his impassioned legal team take us into the field, revealing gripping evidence of such abuse and plunging us into the intricacies of their case as they probe preconceived notions of what it means to be a non-human animal.