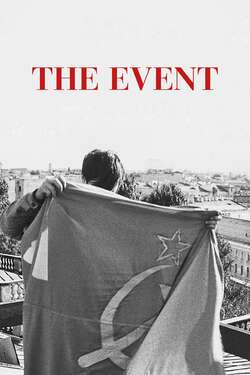 In August 1991 a failed coup d'état attempt (known as Putsch) led by a group of hard-core communists in Moscow, ended the 70-year-long rule of the Soviets. The USSR collapsed soon after, and the tricolour of the sovereign Russian Federation flew over Kremlin. As president Gorbachev was detained by the coup leaders, state-run TV and radio channels, usurped by the putschists, broadcast Tchaikovsky's "Swan Lake" instead of news bulletins, and crowds of protestors gathered around Moscow's White House, preparing to defend the stronghold of democratic opposition led by Boris Yeltsin, in the city of Leningrad thousands of confused, scared, excited and desperate people poured into the streets to become a part of the event, which was supposed to change their destiny. A quarter of a century later, Sergei Loznitsa revisits the dramatic moments of August 1991 and casts an eye on the event which was hailed worldwide as the birth of "Russian democracy".