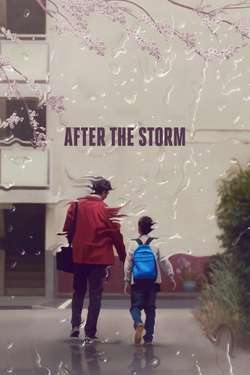 Ryota is an unpopular writer although he won a literary award 15 years ago. Now, Ryota works as a private detective. He is divorced from his ex-wife Kyoko and he has an 11-year-old son Shingo. His mother Yoshiko lives alone at her apartment. One day, Ryota, his ex-wife Kyoko, and son Shingo gather at Yoshiko's apartment. A typhoon passes and the family must stay there all night long.