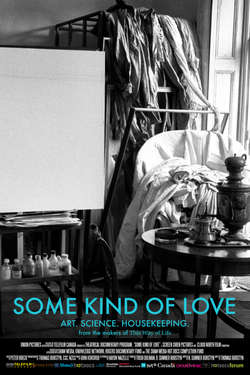 Some Kind of Love

Artist and designer Yolanda Sonnabend resides in decaying splendor in the last un-renovated house in a posh suburb of London. Surrounded by fifty years of painting, sculpture, frames, fabric, books, the archeologia and the ephemera of her frenzied imagination, Yolanda says "I'm a prisoner of rubbish". Meanwhile, her older brother has moved in with his grand piano.