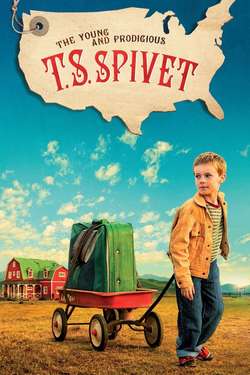 The Young and Prodigious T.S. Spivet

A 12-year-old cartographer secretly leaves his family's ranch in Montana where he lives with his cowboy father and scientist mother and travels across the country on board a freight train to receive an award at the Smithsonian Institute.