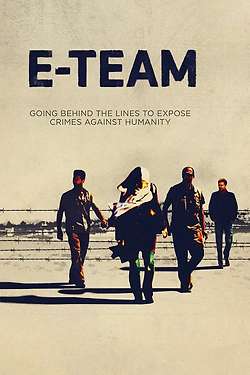 E-Team is driven by the high-stakes investigative work of four intrepid human rights workers, offering a rare look at their lives at home and their dramatic work in the field.