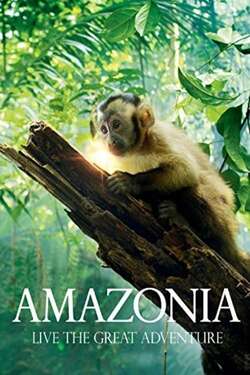 Amazonia is an adventure in 3D inside the largest rainforest on the planet: the Amazon rainforest. Chestnut is a Capuchin monkey domesticated who survives a plane crash and finds himself alone in the dense forest. The monkey needs to learn to live in freedom, in a new world where animals of all kinds: Jaguars, alligators, snakes, tapirs, hawks. Gradually, Brown learns to live in the forest, making new friends, especially the monkey Gaia, their fellow species.