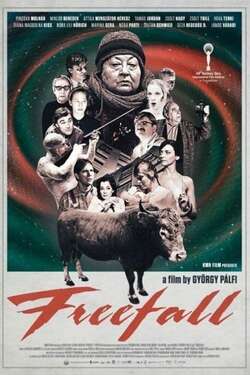 An old woman flies past six floors after jumping from the roof of her apartment block. Six stories on the poor state of humanity, told with humour and rare imagination to the accompaniment of a pulsating soundtrack from Amon Tobin. A woeful burlesque set in the present by one of Europe’s most original contemporary filmmakers.