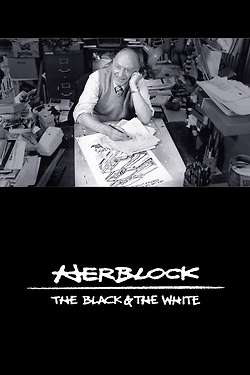 Herblock: The Black & the White

This documentary is about Herbert Block, the political cartoonist. It includes an overview of his life, interviews with well-known journalists, some of his cartoons, and an actor who speaks some of his writings. It shows how insightful and powerful his cartoons were.