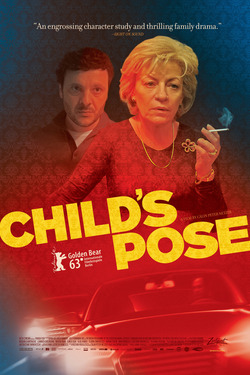 Child's Pose is a contemporary drama focusing on the relationship between a mother and her 32-year-old son. After the accidental killing of a boy in a car crash, the mother tries to prevent her son being charged for the death, and she refuses to accept that her son is a grown-up man.