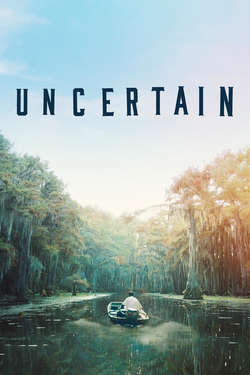 A keen observation of a sun-dappled and still-watered swamp, Uncertain contemplates a frequently overlooked and enigmatic town whose lake, and only real source of income, comes under threat from an aquatic nuisance of the botanical variety. Perhaps unsurprisingly for a site so-named, there is a lack of consensus about the Texas town's origin: whether the result of a surveyor's confusion when marking an early map, or steamboat captains' belief that docking there was an unknowable, impossible task, an auspicious beginning is offered for the unsettled and yearning inhabitants.