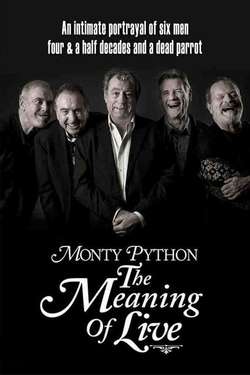 Monty Python: The Meaning of Live

With unprecedented access, this program reveals the humour, chaos and passion that went into bringing the Flying Circus to the stage cumulating in the legendary One Down, Five To Go.