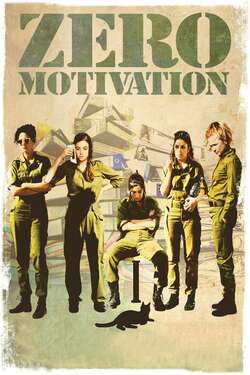 Filmmaker Talya Lavie steps into the spotlight with a dark comedy about everyday life for a unit of young female Israeli soldiers. The human resources office at a remote desert base serves as the setting for this cast of characters, who bide their time pushing paper, battling for the top score in Minesweeper, and counting down the minutes until they can return to civilian life. Amidst their boredom and clashing personalities, issues of commitment—from friendship to love and country—are handled with humor and sharp-edged wit. In Hebrew with subtitles.