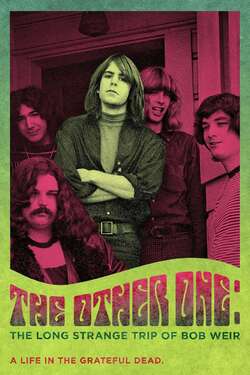 The Other One: The Long, Strange Trip of Bob Weir

Drop out of school to ride with the Merry Pranksters. Form America’s most enduring jam band. Become a family man and father. Never stop chasing the muse. Bob Weir took his own path to and through superstardom as rhythm guitarist for The Grateful Dead. Mike Fleiss re-imagines the whole wild journey in this magnetic rock doc and concert film, with memorable input from bandmates, contemporaries, followers, family, and, of course, the inimitable Bob Weir himself.