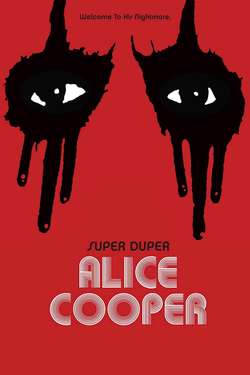 Emerging from the Detroit music scene of the 1970s in a flurry of long hair and sequins, Alice Cooper restored hard rock with a sense of showmanship, while simultaneously striking fear into the hearts of Middle America with the chicken-slaughtering, dead-baby-eating theatrics that would cement his identity as a glam metal icon. Meticulously crafted from rare archival footage, Super Duper Alice Cooper tells the story of the man behind the makeup, Vincent Furnier, the son of a preacher, who got caught in the grip of his own monster.