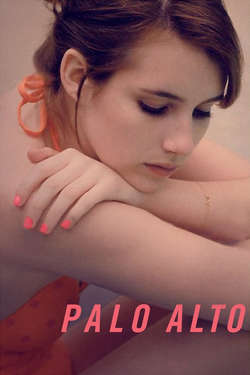 PALO ALTO weaves together three stories of teenage lust, boredom, and self-destruction: shy, sensitive April, torn between an illicit flirtation with her soccer coach and an unrequited crush on sweet stoner Teddy; Emily, who offers sexual favors to any boy to cross her path; and the increasingly dangerous exploits of Teddy and his best friend Fred, whose behavior may or may not be sociopathic.