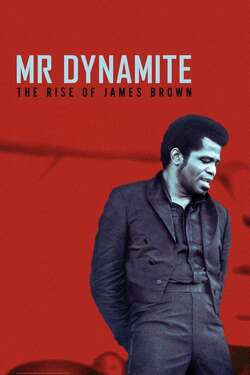 James Brown changed the face of American music forever. Abandoned by his parents at an early age, James Brown was a self-made man who became one of the most influential artists of the 20th century, not just through his music, but also as a social activist. Charting his journey from rhythm and blues to funk, MR. DYNAMITE: THE RISE OF JAMES BROWN features rare and previously unseen footage, photographs and interviews, chronicling the musical ascension of “the hardest working man in show business,” from his first hit, “Please, Please, Please,” in 1956, to his iconic performances at the Apollo Theater, the T.A.M.I. Show, the Paris Olympia and more.