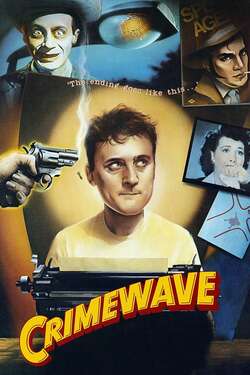 A young director intent on making "the greatest color crime movie ever" can't seem to finish his script--he has a beginning and an end, but he can't quite figure out the middle. The daughter of his landlord, excited to have a real "movie person" living nearby, tries to help by putting him in touch with a man who wants to collaborate on a script--the strange "Dr. Jolly"