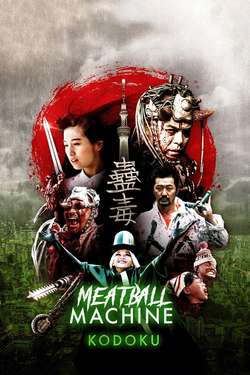 Nobody knows where they came from. They parasitize in human beings, take control of them and change their bodies into hideous monsters (Necro-borg). The Necro-borg fight each other until the other dies. Where did they come from? To what end? Yuji and Kaoru, whom both have dark secrets within themselves, get caught up in the horrific battles of Necro-borg. What will their fate be?