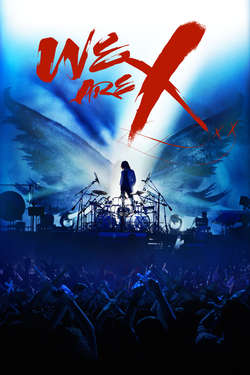 As glam rock's most flamboyant survivors, X Japan ignited a musical revolution in Japan during the late '80s with their melodic metal. Twenty years after their tragic dissolution, X Japan’s leader, Yoshiki, battles with physical and spiritual demons alongside prejudices of the West to bring their music to the world.