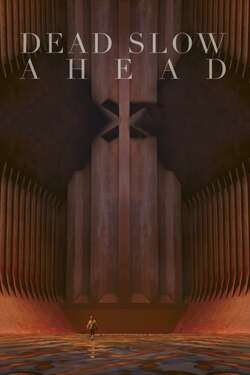 A freighter crosses the ocean. The hypnotic rhythm of its gears reveals the continuous movement of machinery devouring its workers: the last gestures of the old sailors’ trade disappearing under the mechanic and impersonal pace of 21st century neo-capitalism. Perhaps it is a boat adrift, or maybe just the last example of an endangered species. Although we don’t know it, the engines are still running, unstoppable.