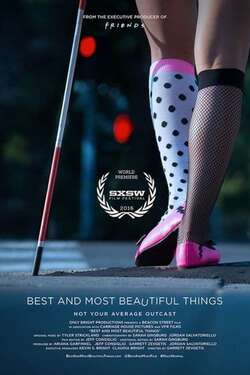 Best and Most Beautiful Things

Off a dirt road in rural Maine, a precocious 20-year-old woman named Michelle Smith lives with her mother Julie. Michelle is quirky and charming, legally blind and diagnosed on the autism spectrum, with big dreams and varied passions. Searching for connection, Michelle explores love and empowerment outside the limits of “normal” through a provocative fringe community. Will she take the leap to experience the wide world for herself? Michelle’s joyful story of self-discovery celebrates outcasts everywhere.