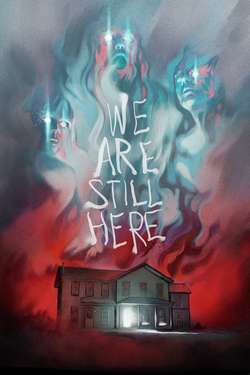 We Are Still Here

After the death of their college age son, Anne and Paul Sacchetti relocate to the snowswept New England hamlet of Aylesbury, a sleepy village where all is most certainly not as it seems. When strange sounds and eerie feelings convince Anne that her son's spirit is still with them, they invite an eccentric, New Age couple to help them get to the bottom of the mystery.