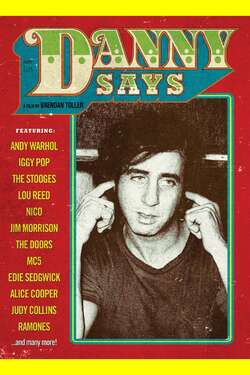 Danny Says is a documentary unveiling the amazing journey of Danny Fields. Fields has played a pivotal role in music and culture with seminal acts including: the Doors, the Velvet Underground, the Stooges, MC5, Nico, the Ramones and beyond.