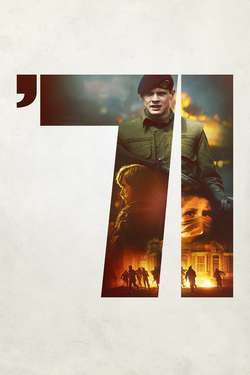 A young British soldier must find his way back to safety after his unit accidentally abandons him during a riot in the streets of Belfast.