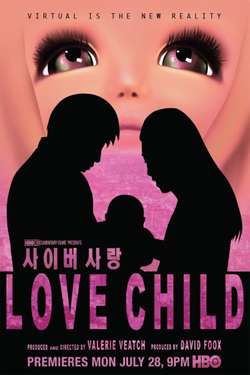 In Seoul in the Republic of Korea, a young couple stands accused of neglect when "Internet addiction" in an online fantasy game costs the life of their infant daughter. Love Child documents the 2010 trial and subsequent ruling that set a global precedent in a world where virtual is the new reality.