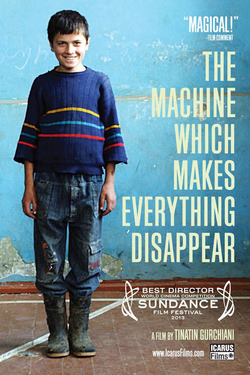 The Machine Which Makes Everything Disappear

The story begins with an experiment. A filmmaker in the country of Georgia posts an ad inviting youth to audition for her film. Facing the camera, the hopefuls confess their struggles and dreams. These raw interviews unfold seamlessly into cinematic slivers of Georgian life.