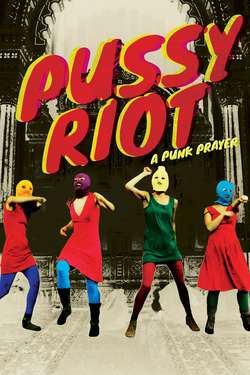 In the winter of 2011, after a controversial election, Vladimir Putin was reinstalled as president of Russia. In response, hundreds of thousands of citizens rose up all over the country to challenge the legitimacy of Putin’s rule. Among them were a group of young, radical-feminist punk rockers, better known as Pussy Riot. Wearing colored balaclavas, tights, and summer dresses, they entered Moscow’s most venerated cathedral and dared to sing “Mother Mary, Banish Putin!” Now they have become victims of a “show” trial.