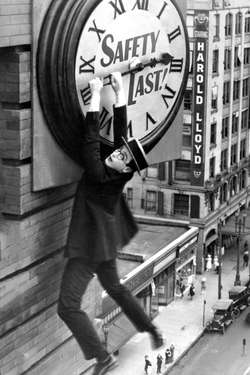 When a store clerk organizes a contest to climb the outside of a tall building, circumstances force him to make the perilous climb himself.